Click. Magazine-499|Booking.com News-5|Booking.com predicts the top travel trends for 2020-13694
Skip to main content
From tech-generated recommendations, to ‘second city’ exploration taking a front seat - here is a look at what will be big in travel in the year ahead

With the launch of its 2020 travel trends, Booking.com has predicted a year of travel exploration fuelled by technology as well as a growing sense of responsibility and deeper connection with the people and places travellers visit.

Drawing on in-house travel and technology expertise coupled with research among more than 22,000 travellers across 29 markets and insights from over 180 million guest reviews, the trends point towards the themes that guests will be prioritising in their travel choices for the year ahead.

The rise of the ‘second city’ traveller

Second-city travel, meaning the exploration of lesser known destinations in a bid to reduce over-tourism and protect the environment, will take a leap forward in 2020. Over half (54%) of global travellers want to play a part in reducing over-tourism, while 51% would swap their original destination for a lesser known but similar alternative if they knew it’d leave less of an environmental impact.

Tech as the trusted advisor

2020 will see travellers put key aspects of their decision-making process even more firmly in the hands of technology. Almost six in 10 (59%) people want tech to offer them ‘wildcard’ and surprise options that would introduce them to something entirely new in the coming year. Additionally almost half (46%) of global travellers state they will use an app that makes it fast and easy to explore and book activities in real time while traveling, and a similar number (44%) plan to use an app that allows them to pre-plan activities, so they always have the answers in one place.

Almost half (48%) of travellers plan to take slower modes of transport to reduce their environmental impact and 61% would prefer to take a longer route to experience more of the journey itself. Types of transport that play into our desire to take the pace down a notch will come into their own - from peddle bikes to trams, sleds and boats, as well as our own two feet. In fact, 57% of travellers already don't mind spending more time traveling to reach their destination if they’re taking a unique mode of transport. Likewise, 64% would be interested in feeling as if they are going back in time by taking a historical train journey such as the Flying Scotsman or Orient Express.

Instead of settling into one theme for the entire trip, 2020 will see a rise in travellers exploring the ‘all-amusive’, by visiting destinations that offer an array of enriching experiences and attractions. Over half (54%) of global travellers say they want to go on one long trip to a place that has all of their favourite activities and sights close together, and 62% agree that they would such a destination to save travel time.

Almost six in 10 people want tech to offer them ‘wildcard’ and surprise options that would introduce them to something entirely new in the coming year.

Pets in the priority lane

With 55% of global pet owners saying that their pet is as important to them as their child/ren, it’s no surprise that 2020 looks set to herald a new era in pet-centric vacations. Travellers will put the needs of their pets before their own when it comes to selecting where to go, where to stay and what to do. In the coming year, 42% of global pet owners agree they would choose holiday destinations based on whether they can take their pets and 49% would be willing to pay more to stay at a pet-friendly accommodation.

More grandparents will take vacations with just their grandkids, leaving the middle generation behind. Almost three-quarters (72%) of grandparents agree spending time with their grandkids keeps them feeling young and 71% believe that parents need alone time without their children.

The coming year will see travellers put culinary ambitions at the forefront of their travel decision making. For many, where and when they travel will start with - and depend on - whether they can reserve a table to enjoy highly coveted cuisine, in many cases at places whose waiting lists stretch months long. However, it won’t just be the big name restaurants that travellers seek out; hidden gems favoured by locals and offering homegrown flavours are most likely to entice travellers looking for an authentic gastronomic experiences, with 71% of global travellers saying that eating locally sourced produce is important to them when on vacation.

Nearly one quarter (23%) of 18 to 25 year olds are planning to retire before they turn 55 and what they plan to do is also changing. 2020 will see travellers shift their mindset and start to plan big for their future golden years, with nearly two thirds (65%) of global travellers seeing travel as the perfect way to spend that free time. Nearly half (47%) of global travellers plan to be more adventurous in their travel choices once they’ve retired, and almost a fifth (19%) of those already retired are planning a gap year. 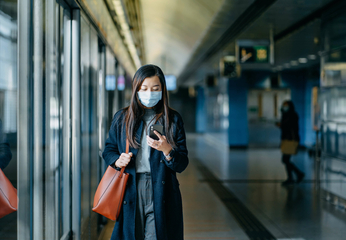 From accelerated innovations in technology to travellers adopting a more eco-conscious mindset, here are the travel trends set to shape the future
Save 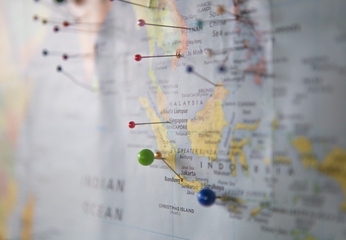 Booking.com recently published its eight trends likely to shape the travel industry in 2019. Here, Click. asks industry experts to give their views on these predictions for the year ahead
Save 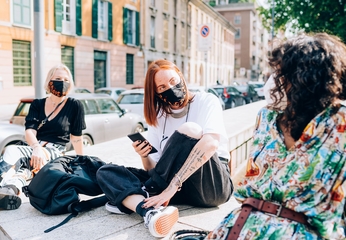 Coronavirus has disrupted the travel industry as we know it. As 2021 fast approaches, we asked industry experts how they think travel will change as a result of the pandemic