Click. Magazine-499|Trends & Insights-6|Five destinations to watch-8210
Skip to main content
As tourism spend continues to rise, we look at five of the current most popular destinations for travellers, along with the opportunities they present hoteliers

With the tourism sector contributing a record US$8.8 trillion to the world economy in 2018, the opportunities for property owners are expanding. Here, we explore some of the cities currently driving towards bringing in more travellers, as indicated by recent search volumes on Booking.com.

Despite being a comparatively small market, fluctuations in tourism demand have had a big impact on Prague, presenting an opportunity for new properties. “Historically, the level of hotel supply hasn’t been that great in Prague, relative to larger destinations, particularly as there are practical challenges to build the closer you get to the historical Old Town,” says Carmen Hui, Commercial Director of Ownership Partnerships in Hotels at Booking.com. “Because open land is scarce in the centre, you have to either wait for an opportunity to buy existing properties or redevelop properties that become available, so there’s a very high barrier to entry for hotel investors and developers. Instead, what we see happening is that hotels are beginning to pop up in other, lesser-known locations beyond Prague Zone 1 to meet consumer demand.”

Following this trend, the coming years are expected to introduce a number of new properties in areas historically untypical to hotels - such as Skanska’s hotel project in the Holesovice district - according to PwC.

When considering current consumer trends - such as an increased desire for localised experiences - seeking new opportunities in lesser-known zones can pay off. “More and more, visitors don’t want to quickly pass by the iconic monuments, snap photographs and leave in two days,” says Barbora Hrbuá, Spokesperson for Prague City Tourism. “Instead, they are looking for unique experiences, high-quality gastronomy, cultural and other events; they want to get to know the city from the locals perspective and avoid the ‘touristy’ places and activities.”

Prague City Tourism’s forecast for the future is also positive. “The number of visitors is going to increase again, but at a slower pace than the previous few years,” continues Hrbuá. “We are also expecting to see the growing popularity and visit rate of the neighbourhoods outside the historical centre of the city. We predict a 15+% increase in the number of domestic visitors coming to the capital.”

London has long been a leading destination and has again confirmed its popularity by remaining resilient during the uncertainty of Brexit. The city’s attractions are helping to draw in tourists, with recent ALVA figures showing an increase of 3.4% in admissions to London attractions, according to Laura Citron, CEO of London & Partners. “In 2018, London’s visitor attractions welcomed over 67 million people - which is nearly the equivalent of the entire UK population.”

Targeting new markets through marketing initiatives - such as partnering with Chinese travel provider, Qunar.com - has also contributed to London’s rising popularity. “We have seen rapid growth from emerging markets such as China,” says Citron. “The total number of visitors from China to London has more than doubled in the past four years. 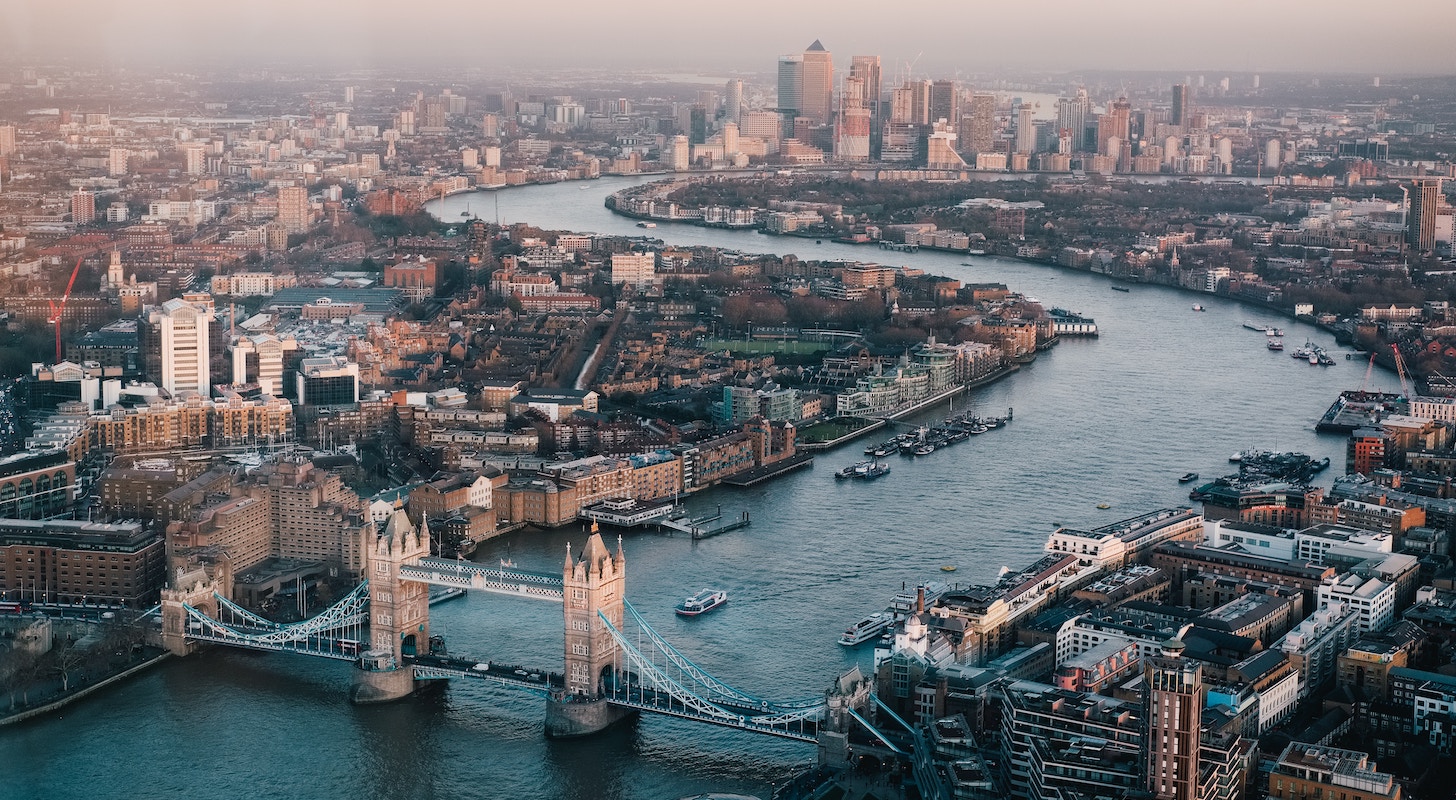 As the city’s popularity continues to surge, supply has followed - with a variety of lifestyle brands, such as The Hoxton Southwark and The Stratford Hotel, now in the pipeline. A second Nobu Hotel, to be located at Portman Square, has also just been announced. “We have seen the hotel industry mobilising in response to the increased demand,” says Citron. “With around 11,000 new hotel rooms expected to enter the hotel market between now and 2020 - equating to 8% of existing supply.”

Tourism holds a fundamental place in Morocco’s economy - contributing 8.2% to the country’s total GDP in 2017, according to WTTC. “Effectively, 2018 was a very special year of sustained growth over the last three years [in Marrakech], with high performance in terms of 2.6 million arrivals and 8.6 million overnight stays,” says Abderrahim Bentbib, Manager at Regional Council of Tourism Marrakech. “In 2018, the engine of this growth was undeniably the flight connections - with more than fifty new air services departing from traditional and emerging markets - but also [due to] positioning Marrakech as a MICE destination.”

As for the city’s hotel landscape, it has “always been dominated by the upmarket category - five and four-star luxury hotels,” says Bentbib. “Marrakech is also well known for the popularity of its riads [guest houses] with more than 2,000 units currently.” And despite a supply that reaches nearly 70,000 beds, the accommodation sector continues to attract a large number of investors. As a result, the Regional Council of Tourism is now encouraging new investors to look into various other options: “We think that any new investments should choose other sectors, such as museums.”

Following the increase in search growth for most of 2018, and despite some disruptions caused by the yellow vest movement, Paris is once again showing its resilience. “In terms of absolute search volume, I think Paris will continue to stay in the top three out of our global destinations,” says Hui. “Because when it comes to global travel and tourism, Paris has always been a must-see destination. Everyone who has the means to get there will go - it’s a bucket list experience.”

In 2018, the growth in total hotel arrivals in the Greater Paris area was up 3.8% compared to the previous year and mainly due to foreign markets, according to Thomas Deschamps, Statistical Resources Manager at the Paris Convention and Visitors Bureau. “Apart from the ongoing strong growth of the American market - +16.1% in 2018 - quite a few of the other foreign markets performed really well: Japan +17.3%; Italy +26% and Germany +14.5%,” he says. “These levels of growth were quite unprecedented, especially for the European markets who know our destination quite well already, but can really be attracted by all the events taking place in Paris.” 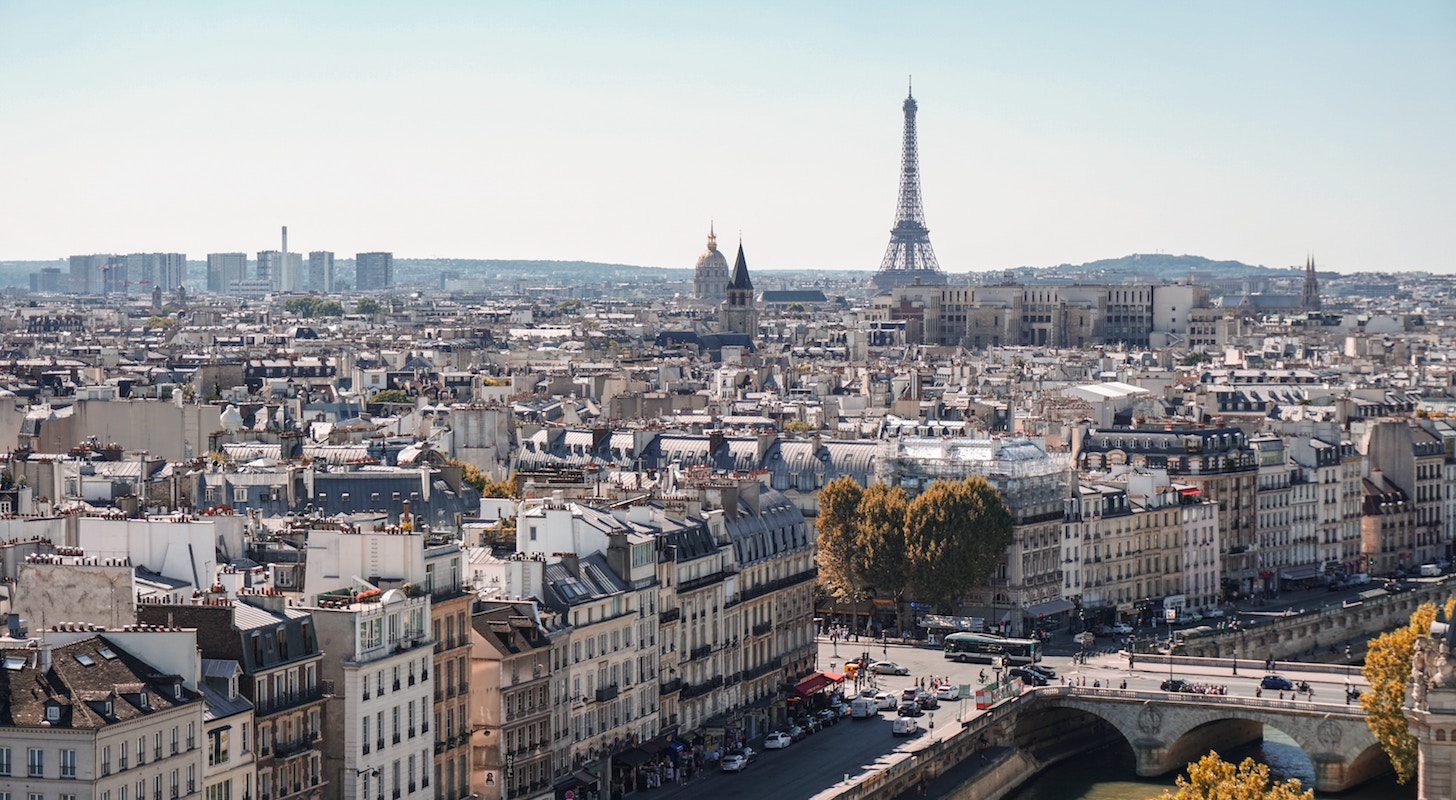 Looking toward the future, France’s Government has set the goal of receiving 100 million international tourists by 2020, with the objective of increasing tourism revenue to €50bn in the same year. Additionally, the 2024 Paris Olympic Games along with Disneyland Paris’ plan to double in size by 2030 should further increase demand.

And as for supply, is it keeping up with the demand? “The hotel supply is growing slowly but steadily,” says Deschamps. “The hotel landscape is currently well spread in the city. However, the city is now looking to expand its tourist territory, with bigger hotels and youth hostels recently opening on the outskirts of Paris.”

With the aim of hosting 40 million foreign visitors by 2020, Tokyo’s popularity is steadily on the rise, drawing in record numbers of tourists year-on-year. “The Tokyo search trend is largely being driven by China,” says Booking.com’s Hui. “Tokyo is currently the number one outbound China destination on Booking.com. Tokyo is also going to be hosting the 2020 Olympics, so I wouldn’t be surprised if search volume accelerates in the coming years because of the international nature of this high profile event.

“As we have seen in other Olympic-host cities, we are seeing a lot more supply coming into Tokyo so that the destination can be ready for the influx of demand around the Olympic Games. Occupancy in Tokyo is already very high, which means there is already pressure for the existing supply to meet current demand. So it is no surprise that we are seeing a number of new initiatives being announced to help boost the supply inventory in Japan, including the recently announced joint venture between OYO and Softbank to permeate the market with budget hotels.” 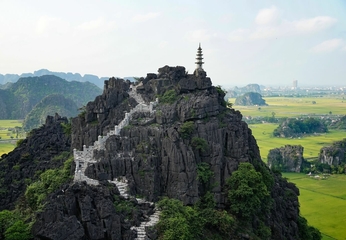 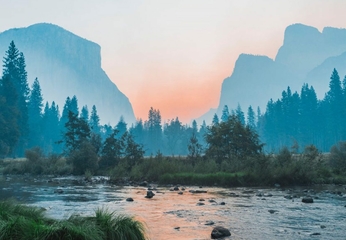 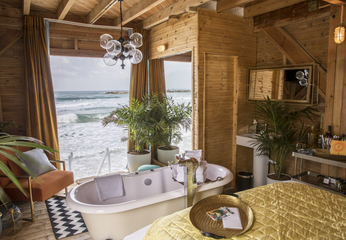 'Locals are the real bosses of a destination'

Dr. Isaac Mizrachi, Area Manager, Israel for Booking.com and former Director of Tourism for Tel Aviv, reveals how collaboration can be crucial to the success of accommodations