Click. Magazine-499|Trends & Insights-6|Spotlight on: the growth of wine tourism-2682
Skip to main content
While winemaking goes back to ancient Roman times, wine tourism is a relatively recent industry. But it’s become big business all around the globe, with everyone from hoteliers to travel companies capitalising on it. Click. explores

Every continent, bar one, has winemaking regions – some vast, such as France, Italy and California, others on a smaller scale, including Lebanon and Georgia. But one thing they have in common is tourism potential.

Winemakers have gone from merely opening their cellar doors to offering accommodation of every sort, from elegant rooms in family chateaux to lodges and glamping sites set in their sprawling estates. Many are also working with tour operators to include their accommodation during cycling and hiking holidays along with vineyard visits. One of the latest trends is turning huge wine barrels into snug accommodation, as Schlafen im Weinfass in Germany’s Rhine Valley and Quinta da Pacheca in the Douro Valley in Portugal have done.

South Africa is one of the world’s foremost wine tourism destinations, helped by the fact that its wine routes are in some of the most beautiful parts of the country. “The Western Cape’s wine routes, as a collective, is the second most-visited tourism attraction in the province after the V&A Waterfront in Cape Town,” says Marisah Niewoudt, Wine Tourism Manager at VinPro, which represents 2,500 South African wine producers, cellars and industry stakeholders.

The impact on the country’s economy is unmistakable, helped by a sophisticated infrastructure that encompasses everything from spa and golf hotels along the wine routes to the dedicated wine tram that runs through Franschhoek.

Wine tourists also have a tendency to spend more than the average traveller – in New Zealand, it’s 52% more. In the history of wine tourism, New Zealand is a relative newcomer, but it’s been making up for lost time. From fewer than 100 wineries in the 1980s, there are more than 670 now scattered around North and South Islands. Of those, 279 wineries offer wine tourism experiences, from estate tours and cellar-door tastings to accommodation and weddings.

According to the 2018 New Zealand Winegrowers annual report, more than 712,000 wine tourists visited in 2017, spending NZ$3bn. And of the total number of tourists, 27% of them visited a winery. Wine tourists also tend to stay six days longer than other travellers, and prefer to explore more of the country rather than just sticking to one or two regions. There’s also a clear link between wine tourists and people taking activity holidays, with 42% of golfers and cyclists visiting a winery as well.

Wine tourists tend to stay six days longer than other travellers, and prefer to explore more of the country

Even if you’re not a winemaker yourself, there are different types of wine tourism you can develop. After travelling around the vineyards of South Africa, Australia and New Zealand, Micaela Frow and Sue Hunt set up La Grande Maison, a 17th-century farmhouse B&B in France’s Loire Valley in 2004. Frow already had years of hotel management experience behind her, and Hunt has a diploma in wine studies. Since then, they’ve been offering their guests tours of local vineyards, Loire chateaux and tasting dinners, as well as cycling tours and boat cruises on traditional wooden river boats.

“We combined our experience, love of France and restoration skills into developing a wine tourism business which was unheard of in France in 2004,” says Frow. “Our 15 years here mean we can take our guests to many personal friends who are winemakers.

“Wine tourism has definitely grown in the past five years. The French call it oenotourism. It’s a perfect way to engage with the locals and learn about cultural traditions. It engages you with the terroir. You taste the production and talk to the producers. You come away enriched, informed and with a wine rack to die for.”

Frow has noticed a downward shift in the age of the average wine tourist, which previously had been seen as the preserve of middle-aged men. “Over the years we have been receiving younger wine tour guests, mainly couples that are interested in learning as well as having a holiday experience. We’ve had couples on their honeymoon or those with an interest and real passion for wine.”

It’s an enthusiasm that’s not likely to diminish. Even in Britain – a country not especially known for its vineyards – has got in on the act and will open its first vineyard hotel on the Denbies wine estate this summer. Spotlight on: the growth of sports tourism 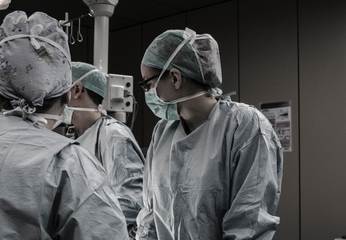