Click. Magazine-499|Features-6|Spotlight on: investing in hotels-2632
Skip to main content
The hotel market is as buoyant as ever, with plenty of opportunities for investors and developers who want to dip their toe in the market. Click. explores some of the emerging trends

Hotel demand continues to rise, and with it, new opportunities for both investors. According to property consultants JLL’s Hotel Investment Outlook 2019, Europe has been particularly strong, with approximately 60% of pipeline rooms under construction in Germany and the UK. In North America, while hotel performance has been increasingly steadily over the past decade, its pipeline has slowed marginally. In Asia, Africa and the Middle East, pipeline as a share of existing hotels has gone up.

Where does that leave would-be investors in the hotel market? A few trends stand out in the marketplace, and are worth pursuing.

One of the effects of the rapid growth of online shopping is the decline of physical retail space. Running alongside this trend is the oversupply of office space. Both types of structure are being snapped up by hotel developers and often turned into full-service upscale or luxury hotels.

The macro trend of increased tourism has gone hand in hand with the decline of high street shopping and changes in work practices. Philippa Goldstein, Hotel Analyst with UK-based real estate consultancy Knight Frank, says: “These are two structural areas where there’s been a definite shift of oversupply, so hotels have capitalised in those locations. There’s also been a cultural shift in how people are working. There’s less office space taken up because of technology and people working from home.”

This is echoed by Marie Hickey, Director of Commercial Research at the London office of Savills, the global real estate services provider. She says: “I wouldn’t be surprised if you see more hotel operators looking to repurpose retail space or building above shopping centres. Some of them are in good town-centre locations. Premier Inn is doing that at the moment with one of the former BHS retail stores in Scotland.”

The steady rise in the number of young international travellers has been matched by the growth of branded hostels that are particularly appealing to millennials. It’s one sector of the hotel industry that is relatively small but ripe for expansion.

“The hostel market is on the up. There’s definite growth there,” says Goldstein. “And hostels are evolving. You’ve got some with more facilities than others, targeting different types of nomadic traveller.” Goldstein points out that hostels are often better suited to repurposed office buildings than luxury hotels because of the layout of dorm rooms.

Capitalising on the middle market

Research by Knight Frank into regional UK single asset transactions showed that domestic buyers were particularly active in the three-star market, accounting for 78% of these transactions. Goldstein explains: “The three-star market has performed really well, and the average price per room has also increased because there is strong demand. There hasn’t been that great a choice of four-star hotels because regional UK hotel performance has been quite strong over the past few years, so there has been less product coming to market.”

She adds that overseas buyers have been more active in targeting four- and five-star hotels. “Overseas buyers are very strategic where they’re purchasing. There has to be a particular reason for their acquisitions. It could be personal. It could be that they’ve visited the hotel on holiday, especially if they’re high net worth individuals.”

According to research carried out by Savills, European hotel transaction volumes remained steady in 2018, showing an increase from 2017. Cross-border investors made up a 65.4% share of total volumes, with key markets including Paris, London, Munich and Amsterdam.

Some cities, says Savills’ Hickey, have seen growth in tourist arrivals, coupled with being under-served in terms of branded hotel supply. “Prague stands out,” she says. “You can acquire a hotel on a higher yield than what you could in some of the prime cities. It’s all part of a general trend in terms of visitor arrivals. Prague is a particularly beautiful city, but it’s all about the strength of demand for hotels in those markets.” 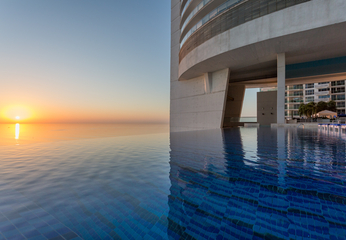 ‘My golden rules for investing in hotels’ 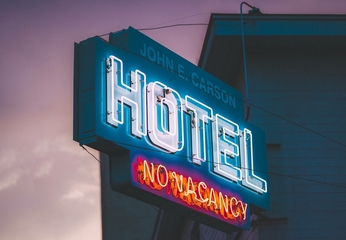 The hybrid of full-service and limited-service hotels has finally found its place in the market. Select-service hotels are here to stay, with hoteliers like Marriott opening new properties in the sector in recent years, and entire chains basing the brand on the concept. Click. takes a look at the select-service market and where it’s going