Click. Magazine-499|Trends & Insights-6|Spotlight on: tiny houses-10234
Skip to main content
Tiny houses in tourism aren’t yet big business, but there’s enormous potential for entrepreneurs and existing accommodation providers. We investigate what these compact properties have to offer hoteliers

There’s a romantic appeal to tiny homes – a movement that’s been slowly infiltrating the property market for the last few decades. The concept is simple: they are houses with all the mod-cons and little luxuries you’d expect to have in a home – like a bedroom, bathroom, a kitchen with white goods – but they’re small. Really small.

Generally, tiny houses are no bigger than 37 square metres (400 square feet) and are often built on wheels, making them portable between sites that have the right infrastructure (mains electricity and water). And while the movement has been gaining popularity among people from all walks of life – city slickers who want to scale down their lives, or young professionals who can’t afford traditional property – it’s also seeing a rise in the tourism industry too.

A Singapore-based company has become one of the first major pioneers of the concept. Big Tiny designs and builds tiny homes and offers them for free to landowners across Australia as a way to help them generate income on otherwise dormant space. “We hand-craft and design all our beautiful, eco-friendly tiny houses and we put them in places like animal farms or vineyards. Places where there’s sensational scenery,” explains founder Jeff Yeo. 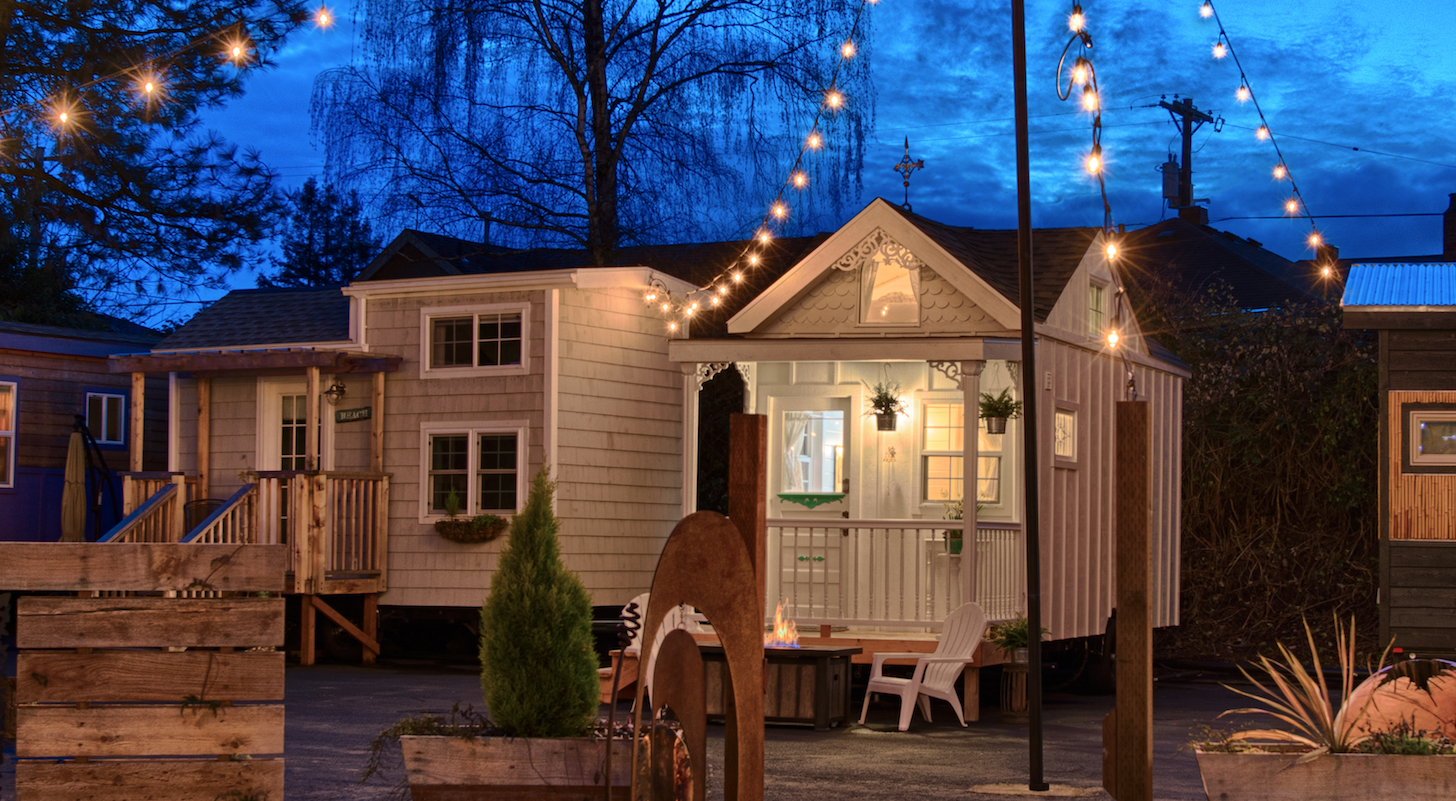 The idea, he says, is to ‘find that perfect spot’ – that’s the company’s tagline – and help city people escape to the countryside while still having access to the creature comforts they’re used to back home. Their model works, he claims, because it costs the landowners nothing, except to set up the infrastructure for hosting the tiny house. To date, they have deployed 28 tiny houses across rural locations in New South Wales and Victoria, in Australia, and have recently launched their own 30-unit, eco-friendly resort in the Great Ocean region.

What’s the sell for tourists?

There’s an obvious novelty around staying in a house that’s significantly smaller than a traditional home. There’s the thrill of figuring out how all the cleverly-designed furniture fits together and works in such a tiny space, and the joy of staying somewhere remote. But the appeal is more than that, says Pam Westra, owner of Tiny Digs Hotel in Portland, USA.

“Experiential stays are the fastest-growing segment of the travel industry right now. Our guests come to stay with us because they want a different experience.”

Tiny Digs is a complex of eight tiny houses – plus their tiny office – each one unique with its own theme (think mini Victorian cottage or classic log cabin), and it has been a hit since they opened.

“We do virtually no marketing,” Westra told Click. They’ve had big-name media brands, such as National Geographic, and high-profile vloggers come to cover their hotel, and bookings have been healthy ever since. “We have above average occupancy: national averages for occupancy are 66% on a year-round basis, and ours is typically around 80%.”

Expansion is on the cards for Tiny Digs Hotel, as they have planning permission to host 13 tiny homes on their property. Westra explains that this sort of business is brilliant for independent entrepreneurs – you can start small and increase your capacity as revenue increases too. “It's a very viable business,” she says. 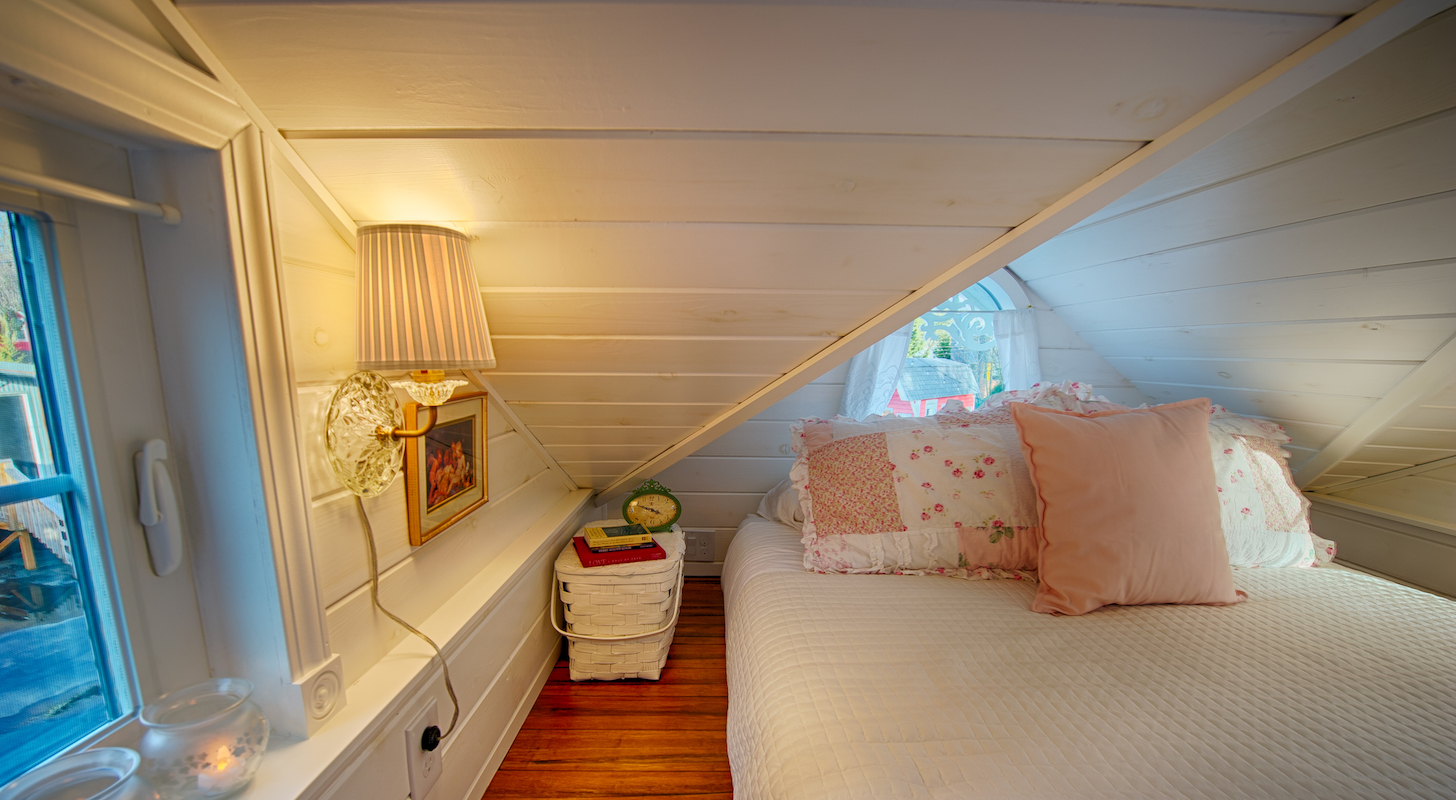 There’s also the environmental impact to consider. Living in a tiny home can also reduce your impact drastically. Photo: credit to Tiny Digs

There’s also the environmental impact to consider. Living in a tiny home can also reduce your impact drastically – this research shows that an average home will create 12,700 kilograms of carbon emissions, whereas a tiny home creates just 907 kilograms. And with sustainability now being a driving factor for many guests, tiny homes as a place to stay deliver high on the scale.

Who is booking into these tiny homes?

Tiny homes, it seems, are popular with the locals. “Quite a huge percentage of our guests are actually local Australians,” explains Yeo. “It’s really about them wanting to get away from the hustle and bustle of city life.” He says they’re generally in their thirties and forties and tend to be leisure travellers looking for the perfect escape.

The profile is slightly different at Tiny Digs – with several colleges nearby, Westra says they get lots of students’ parents staying while visiting their kids.

In Bristol, England, one property sees lots of repeat business thanks to their unique offering: Brooks Guesthouse is a city-centre hotel with four Airstream caravans on its rooftop. They are not strictly tiny homes, but the Airstreams offer a similar concept – smaller living, and plenty of novelty.

“They’re by far the most popular rooms in the hotel, booking up at least 30% faster than other bedrooms, and encouraging guests in normal rooms to come back for the unusual experience,” says General Manager Dominic Angerman. They can also be sold at a premium – the hotel charge around 25% on top of the normal room rate for the privilege of sleeping in an Airstream.

Brooks’ use of the Airstreams is clever – they’ve increased capacity and revenue without having to invest in building new areas of the hotel, and now have a USP in a highly competitive city. So whether you’re an entrepreneurial landowner or a hotel with enough ‘dead’ space, it’s clear that investing in a tiny home or some sort of alternative accommodation can bolster business in a big way. 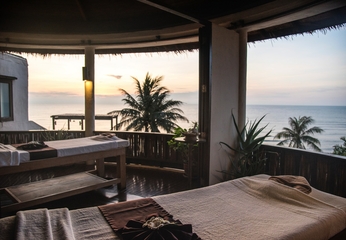 With wellness tourism on the rise, travellers are increasingly searching for ways to hit the reset button. As a result, adult-only properties are gaining momentum, with accommodations ditching the kids club and focusing on child-free clients. Click. explores the potential for increasing guest satisfaction
Save 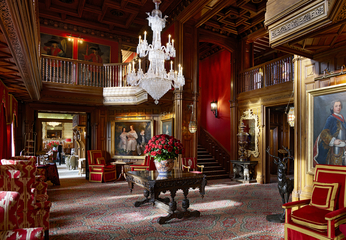