Click. Magazine-499|Opinion-7|Standing out in a crowded marketplace-2644
Skip to main content
Sally Hogshead, bestselling author, speaker and CEO of How to Fascinate®, discusses how using the science of Fascination can help you outshine your competitors

When we are fascinated by something, it becomes irresistible to us and we can’t stop thinking about it. Additionally, customers will pay up to 400% more for a brand that fascinates them. The science of Fascination is being able to identify what your brand’s single, most distinctive trait is, so you can stand out in a crowded marketplace.

No matter what you’re selling – whether it’s bottled water or hotel rooms, flights or cruises; whether you’re a massive organisation or a small startup – if you can’t differentiate yourself, you will have a massive competitive disadvantage. You will not be heard, remembered or chosen over your competitors. But, if you can find a way to differentiate yourself in some small, but distinct, way people are more likely to hear you, remember you and advocate for you.

Take the tiny, sleepy surf town of New Smyrna Beach in Florida, for example. It draws only a few tourists and it’s intensely competitive to attract those visitors – and their dollars. There’s a place called Gnarly’s Surf Shack, which has a significant disadvantage because it’s located right at the base of a draw-bridge that goes up and down all day – engulfing Gnarly’s in gas fumes when it does. People stopped going there because every time they heard the ‘ding ding ding’ of the bridge going up, they knew it was going to be a bad experience. But then, Gnarly’s rebranded itself with the slogan “bridge up, beer down”. Now, every time the bridge goes up, beer goes down to 25 cents and people flood to the bar. The very thing that used to be a competitive disadvantage suddenly became its greatest asset, simply because it repositioned itself to be distinct in an overwhelmed marketplace.

Everyone in the industry now knows they have to provide guests with an experience, but their question is: “What is my experience? What am I delivering that’s different to my competitors?” It’s very similar to what we see with branding. Brands such as Mini Cooper, Nike and Twitter, all stand out by having one single word that helps describe how they are different and how they can attract their ideal consumers.

And it’s possible to differentiate yourself without spending more money on marketing. It’s really easy to think, “We need more awareness, so we’ll spend more money”. But as a brand, you have a choice: you can either have the biggest budget, or you can be the most fascinating.

For frequent travellers, hotels sometimes blur together. Instead of becoming more distinctive, they actually become more similar. This is when the littlest things make the biggest difference. When I arrived at the Marriott Hotel in San Diego, for example, I was handed my key in a little envelope that didn’t have their logo on it. Instead, it had two little words: “Hello again.” And those two words, something so simple without significant cost, said two things to me. First of all, they greeted me, but, more importantly, they recognised my loyalty. When Marriott says “Hello again” it automatically recognises the relationship I have with the brand based on my past loyalty.

It’s good to be better, but it’s better to be different

It wasn’t just “Congratulations, here are 500 bonus points for your hotel stay,” instead, it had a human quality. Most of the time, the most differentiating elements are tiny moments of experience. The most fascinating experiences take a single point of differentiation and turn it into a whole vocabulary, expressing uniqueness to potential clients rather than just competing on the basis of being better.

The greatest way to differentiate a brand is through its employees. They are the living, breathing versions of a brand. And so, if employees understand confidently what they bring to the table, they perform better for the brand, making it easier to stand out in the mind of the consumer. In fact, my research shows teams perform at up to a 250% higher rate simply by understanding themselves and each other.

If there’s one key point I want you to take away, it’s this: it’s good to be better, but it’s better to be different. When I looked at what high performers were doing across every industry, I found they weren’t necessarily trying to be better, instead they focused on what makes them unique. They deliver a specific benefit – they’re not trying to be all things to all people. High performers identify the way in which they’re most likely to add unique value and then double down on it.

To unlock your Fascination Advantage, go here and enter the code: Click.

Sally was a speaker at Click. 2018. Discover who is speaking this year and get your tickets.

Standing out in an untouched market

Standing out from the crowd in a prime destination is a challenge many hotels face. But breaking entirely new ground? Now that's a different story. Houston-based space tech company, Orion Span recently announced plans to open the world's first space hotel. But what does it take to shine bright? 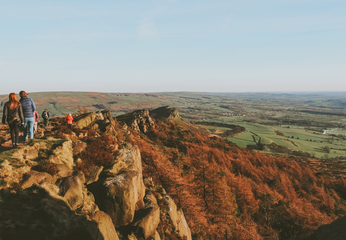 How to attract the outdoor crowd

What can hoteliers do to cater for travellers looking for an outdoors-themed break? From working with hiking apps to offering guided cycle rides, here are some of the tricks from the hotels doing it best 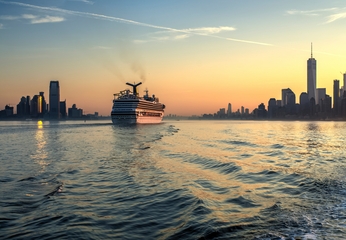 Bringing in the cruise crowd

The cruise industry might not be your first port of call for new business, but don’t assume cruise passengers are out of reach for hotels. There’s plenty of opportunity to attract these travellers, and potentially huge reward if you do so