Click. Magazine-499|Industry Perspectives-7|TNW’s Founder and CEO on the art of innovation-2633
Skip to main content
We sit down with Boris Veldhuijzen van Zanten, Founder and CEO of TNW, to discuss why experimentation matters to branding and what start-ups can teach traditional industries 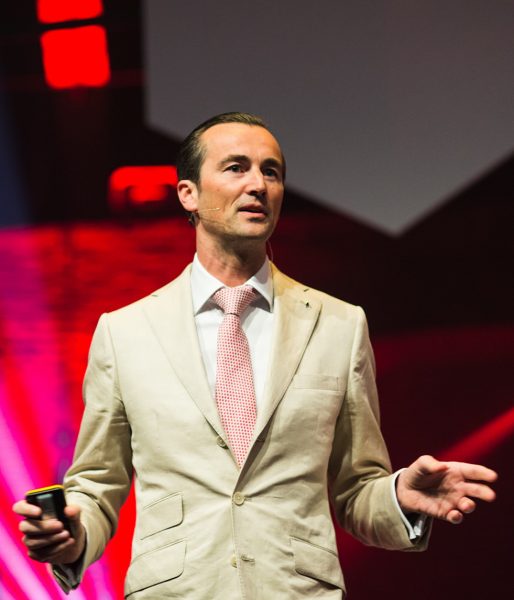 A serial entrepreneur, Boris Veldhuijzen van Zanten started his first company in 1997 before selling it two years later to Fortunecity. His second company was also acquired, this time by Royal KPN, with the original logo he designed on a napkin still used today. For the past decade, Boris has run TNW (The Next Web), a global digital brand that informs, inspires and connects people who love tech.

Click.: Why is it important for businesses to experiment and innovate?

Veldhuijzen van Zanten: The world is changing so fast because of technology, if you don’t innovate and evolve you’re going to get left behind. It’s not an option to not innovate anymore. Companies will often argue this with “but we have a product that’s perfect, so why change it?” and my answer to that is you should still want to keep your brand fresh and attractive to new demographics. In today’s world, you either innovate and adapt or you slowly become irrelevant.

TNW has been around for over a decade now, which gives us some credibility, but we also don’t want to become old and outdated, right? For traditional industries that have been around for a long time, like hospitality, it’s important to find a balance between being a brand that is credible and a brand that is fresh. It all comes down to perception, which is crucial and something I consider everyday.

Click.: How can you encourage staff to have an innovative mindset at work?

Veldhuijzen van Zanten: To create a ‘think outside the box’ mentality, it’s important to reassure employees that it’s okay not only to experiment, but also to fail. Something I say when a new employee starts at TNW is that I look forward to apologising on their behalf. This gives people a lot of freedom to be creative without fear. It’s one thing for the CEO to say they encourage experiments, but it’s another for them to say they’ll be there if it goes wrong.

Leading by example also helps. If you show that you’re not constricted by what the rest of your industry is doing and show you’re comfortable outside the industry’s comfort zone, then your employees will notice and start to adopt the same mentality.

Click.: What technology trends do you see impacting the hospitality industry in the future?

Veldhuijzen van Zanten: I’m much more interested in augmented reality than virtual reality. I think virtual reality is very interesting as an industry, but it’s also not a very broad market in my mind and I don’t feel like it’s going to impact daily life for all of us. With augmented reality, however, the sky's the limit. AR could change everything about travel, including the travelling itself and the hotel stay, by creating a more interactive, personalised and animated experience.

Veldhuijzen van Zanten: The interesting thing about start-ups and bigger brands is that they look at each other with a combination of disdain and jealousy. On the one hand, smaller companies look at the bigger ones and think they’re so slow and can’t innovate, but of course every start-up wants to be a big company. Established companies are the same, they don’t take small competitors all that seriously, but at the same time are slightly jealous of their agility. What I like about start-ups is their culture of empowering individuals, I think that’s something you see more in smaller brands compared to larger ones where there’s more focus on the processes than the people.

Click: What advice do you have for companies that want to make innovation part of their business approach?

Veldhuijzen van Zanten: Don’t be afraid to experiment. I know that’s something easy to say and harder to do because traditional ways of working are more comfortable, but the point of innovating is not to avoid making mistakes. Every now and again humans will make mistakes. There’s a saying that goes: “If you’re not breaking things, you’re not going fast enough”. To truly be innovative you have to expect to make a few mistakes along the way. The important thing is to have a protocol in place for if, and when, those mistakes happen. I encourage celebrating the mistakes - they’re an integral part of the experimentation process.

I don’t mind if people say they’re cautious towards technology, I’m not the person that’s going to say well you shouldn’t be, it’s all great! I would advise brands not to ignore it, but do find where you’re comfortable advancing with technology and approach it pragmatically.

From pilotless flights to emotion-based artificial intelligence (AI), the emergence of new technologies will undoubtedly impact the travel industry. But will the customer’s emotional response to the unfamiliar hinder innovation? Futurist and social psychologist, Thimon de Jong, shares his thoughts
Save 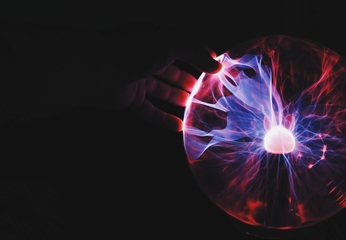 A buzzword across all industries, innovation is seemingly the cornerstone of modern business. But has the term been diluted and what is the right way to innovate in travel? Brand design and innovation expert Alain Sylvain shares his thoughts