This is actually an addition to an older posting but with a newer situation concering "google my business" advertising. I now have a similar situation here in the UK. I was called by an asian sounding guy claiming to be from google who requested I verify the property. I told him I didn't want it advertised this way at all.

The Advert showed both my telephone number and full address.

I had already received requests from people for the room directly on my phone and at the time had not realised how they got my number. One guy turned up and said he wanted to stay a week but didn't have the cash with him. Exactly what I never wanted and why I use agencies like BDC and AirBnB.

Anyway the google guy said in order to remove the listing I needed to verify it first which I tried but you cannot remove entirely. All you get is a large red banner saying permanently closed. It is googles way of blackmailing you into staying.

Because I never requested to be a member of goolge my business I called BDC and they appeared to know nothing. Who knows? Anyway they have tol me it may take a couple of days (15/04/2019) for them to get google to take the advert down. So it would seem it was BDC in the first place who instigated this thing.

What I did find out was, that it is possible to blank out the address.

You cannot remove all telephone numbers but I found you can replace them. So I put in BDC's help line.

Also added text to show people the advert is illegal.

In addition it is possible to change the location so I have again moved google map location away from my property.

I have also changed the Web-Site address to go to AirBnB rather than booking.com.

I am still waiting for an acceptable answer but have now reported the situation to the UK ICO. It seems that this action is illegal and they have shown me how to demand google removes the ad because it is a breach of GDPR laws. If this is not done in a reasonable time then prosecution proceedings can be started.

Thanks for sharing your story.

Wish you all the best. 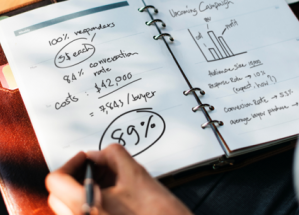