I received my "2019" award today to find that someone had decided to change the system and make it for the year ahead rather then the year in which it was earned.  They say that it was as a result of feedback from partners so exactly who did they ask???  Not me!  I have my previous awards displayed in date order up to 2018 and now the next one I display will be 2020 - so it looks like I failed to gain an award in 2019!!  Brilliant!  And if it is a "Traveller Review Award" how can it be based on the year ahead rather than the reviews of the year in which it is earned?  I collect Harrods year bears and have just received the 2019 one - at the end of the year - and with 2019 on his foot, not 2020!  BBC Sports Personality of the Year is just about to be announced and it is 2019 as it is based on the performance throughout the year.  Only Booking.com could take a logical system and rehash it to make no sense!  Awards and rewards are based on PAST performance, not the future and some could run for a whole year beyond the end of 2020 displaying this award without earning it and guests would be no wiser.  Without 2019 there is no continuity and no sequence so not much point in displaying them and I won't be displaying it on my website as it makes no sense at all.  How can anyone say how good I will be in 2020 but that award says I am in advance!   This is bonkers and I for one want a 2019 award to put on my wall!!

I wrote back to them and have received this overnight......

Dear Partner, We understand your concern regarding the guest review awards. The purpose and mission of the Traveller Review Awards 2020, is an annual appreciation programme that recognises partners for their exceptional hospitality, as evidenced in the review scores left by travellers after their stay or experience. In January 2020, we’ll launch the Traveller Review Awards 2020, the 8th edition of the awards.

Two key points in the reply - the use of the word AFTER and the fact that they have already given out the "2020" awards and yet are planning to launch them in January!  Priceless!!

What are you doing censoring 'lmao'? Seriously what is wrong with you?

*gives the moderator a dirty look*

Hello Rottidog! Thank you for your post. We appreciate your feedback and have shared it with the Traveller Review Awards team. The Traveller Review Awards team greatly values our partners who go above and beyond to provide wonderful guest experiences, and created the awards due to that value and care. They acknowledge that of course, they found both partners who preferred a more current year displayed, and those who could have preferred 2019, but aimed to keep all partners as happy as possible. The showcase of your yearly awards shows how proud our partners are of their outstanding hospitality, time after time. We are sorry to hear your comments, but hope with the New Year, the 2020 award still means as much to you as it always has.

That's a load of claptrap!  I would like to know exactly how many people they asked and what they had keeping their ears apart!!!  And no it means nothing to me as I will no longer be displaying them.  I tested my theory with a couple of people - showed them 2017 and 2018 and then this one and asked for their opinion.  They both said it looks like we failed to win an award in 2019!!!  I have earned the award during 2019 and that is what should be reflected as it is based on guests who have stayed.  Ben Stokes will be displaying his BBC Sports Personality 2019 award though 2020 when it will pass to someone else as the 2020 award to be displayed through 2021.  THAT'S HOW AWARDS WORK!! As per usual BdC have developed their own way of doing things and as per usual it is illogical and complete balderdash!

Absolutely agree with you, as we've also received the 2020 award, which is absurd.  It should definitely be awarded for the current year, and not for a year that we're not even in yet!  We have all our awards for the last several years displayed on the wall for our guests to see, and we'll now have a gap for 2019 between 2018 and 2020, which as you say looks like we failed to win an award for 2019!  I've also raised this with BC, and am awaiting their reply (which will probably be the same as yours).

With them being as inept as they are I did wonder if it was a misprint and this story was concocted to cover it up!  I don't know who these idiots are that they allegedly asked but I know of nobody who would think this was a good idea!  (Lovely place btw!)

Thank you, much appreciated :)

I get the sentiment of why these awards exist but let's have a dose of cop on and reality....

...we as partners shouldn't even waste energy on complaining to BdC, as there are plenty of other such awards to compete for if that is your thing.

Personally I can live without it as it does not impact reality of common sense nor bookings.

You are as well to not display them at all to visitors. They are simply a nice to have token and nothing more.

We had exactly the same thought,does not make any sense

Well that's three of us that weren't consulted!!!

Here's the reply I've received from BC:

We are truly sorry to learn about your difficulties regarding the newly introduced Traveller Review Awards 2020.

We apologize for any inconvenience caused, the responsible team decided to introduce this new programme that recognises partners for their exceptional hospitality, as evidenced in the review scores left by travellers after their stay or experience.

The explanation provided by them is that we received feedback earlier that partners wanted Your Awards to appear more relevant for the period in which they would be displayed. Your Award will be displayed during 2020, so we adjusted the year accordingly."

Well, I guess by that response that BC have no intention of changing anything, and that our view as 'partners' doesn't count for much.  I may seriously consider no longer displaying the awards.

On a jollier note, Merry Christmas to you all.

Standard reply to everyone then!  I would still like to know who these people are who gave this alleged feedback!!  I will also not be displaying mine any more as it has become a farce and an email I sent to Glenn Fogel went unanswered.  We have enough to put up with on a regular basis with the guests who can't read what's in front of them and lack of support when it goes against is - the guest matters more than we do every time!  Like tonight's - booked and then tells me she is coming with her 12 year old daughter - it clearly states we don't take children!!  I let that one go and then today when let her know the room is ready early she informs me that she is leaving Essex at 4pm and the drive will take at least 5 hours.  Our check in times are 2-8pm!  But we have in the fine print that we charge £25 for late check in if it is not pre-arranged.  I informed her and she said she didn't read any of the conditions before booking.  Now it has cost her maybe she will read them next time!  But what kind of review will she be able to leave?  Anything she likes and they will do nothing.  I sometimes wonder why be bother!  Happy Christmas to you too and here's hoping we can achieve our 2021 awards next year lol 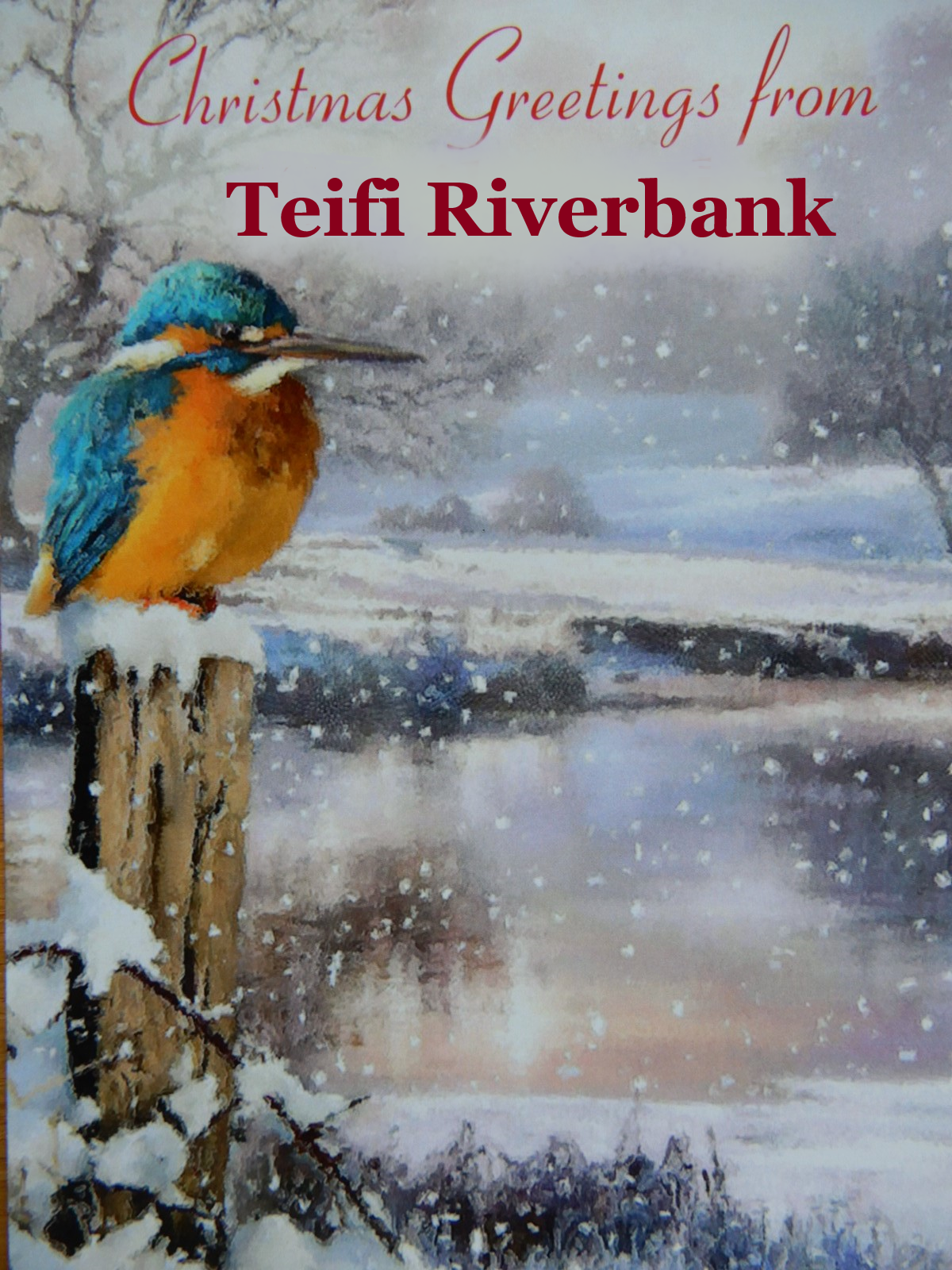 I totally agree with Rottidog.  The award is based on last year's reviews and that's how it should be stated.

Our weekend guests have just arrived, returners who book direct, and I told her about this.  Absolutely ridiculous was her reply.  How on earth would anyone know how they would perform in the future?  The awards are based on 2019 reviews and that's what the stickers should say.  She would assume we had failed in 2019 just as others have commented.  We haven't had a hint of a booking from Booking.com since before Christmas so sometimes wonder if we are even "switched on"!

I'm in total agreement,I also have the awards displayed for guests to see with 2019 missing and the fact that the complex only opens in the summer,It will look rather suspect that we have already been given an award,this is just making a mockery of the system,the only saving grace in this cock up by booking is that most of potential guests do look at previous guests reviews before making a reservation.

This is your space to provide feedback on Booking.com products and services

I have set the minimum stay in my property for 5 nights, BUT when you go the property page on booking.com is shows minimum stay 7 nights?????
Some body to know more about the condominium restriction or regulation in Ecuador
Good day I have a problem a guest booked into one of our bungalows , on booking.com it clearly say there can only book in 4 people this guest managed to book 5