Click. Magazine-499|Features-6|Exploring the resurgence of rail travel-10952
Skip to main content
Before flying, traveling by train was one of the main modes of transportation for both tourists and business travelers. Now, with climate concerns on many travelers’ minds and the rise of slow travel, there’s a resurgence in adventure on the rails.

There’s a romance on the railways you don’t get with flying. Watching the world whip by as you travel from one destination to the next has a unique allure. You get a special sense of place and insight into the communities along the tracks. For a long time it was the fastest way to get from A to B, and entire countries have relied on railways to boost their economies, either through the movement of goods or tourism.

With the rise of cars and flying, railways lost popularity, particularly in the United States where many railroads were replaced by highways. For a long time, rail tourism was reserved to either the budget market (like backpackers exploring Asia or Europe), or wealthy travelers taking full-service tourist trains.

The resurgence of trains

But there’s a resurgence happening. Both tourist and general train travel are becoming popular again with travelers. For example, The Rocky Mountaineer has seen its best year ever for passengers from Europe, the Middle East, and Africa, with a 12% year-by-year increase in passengers from the UK alone.

As a result, the service, which operates on routes through western Canada’s beautiful mountain ranges and connects Vancouver to the Rockies, has received the largest capital investment in its history, adding 10 new purpose-built GoldLeaf passenger cars to its fleet.

This also matches Booking.com’s research, as its survey revealed a strong interest in slower forms of travel and train rides in particular. The data showed 48% of travelers will travel longer to minimize their environmental impact, and 62% want to take a trip where transportation is part of the experience. Around 64% also expressed an interest in taking a historical train ride, such as the Flying Scotsman or Orient Express.

All of this signals good things for both the rail tourism industry – and hotels. The more passengers traveling by rail, the more room nights they’ll need in hub cities where overnight stays might be necessary, particularly with the decline of sleeper car services around the world. “So many night trains have been phased out now,” explains Monisha Rajesh, author of Around The World in 80 Trains and Around India in 80 Trains.

“When I was traveling through China, Thailand, Malaysia, and Singapore,” she says, “I found they’d all adopted the super high-speed rails and they were phasing out some of their really, really long journeys. But I don’t think this means travelers are going to migrate to budget airlines. Vietnam, for example, has all these tiny domestic airlines and they were all regularly available to book, but the trains weren’t, because people still want to take the train.”

Who is traveling by train?

There are a few core reasons people choose to travel by rail, says Mark Smith—founder of indispensable rail travel resource, seat61.com—and those reasons have changed in recent years.

“I started my website in 2001, and back then the typical user, if they gave me a reason for wanting to go by train from the UK to Italy, or the UK to Spain, it would usually be ‘I’ve got a phobia of flying,’ or that they were medically restricted from flying or just that they’ve always liked train travel.”

“Over the last 6 to 8 years,” he explains, “that’s changed. If people give me a reason for going by train, they say 2 things in the same breath: They are fed up with the experience of airports and flying, and they want to cut their carbon footprint.”

In terms of who these travelers are, Smith says it really varies. His site, which provides extensive details on how to use major train services around the world, sees visitors from the UK (30%), North America (20%), and Australia (10%), plus a variety from Asia, Africa, and other European destinations. 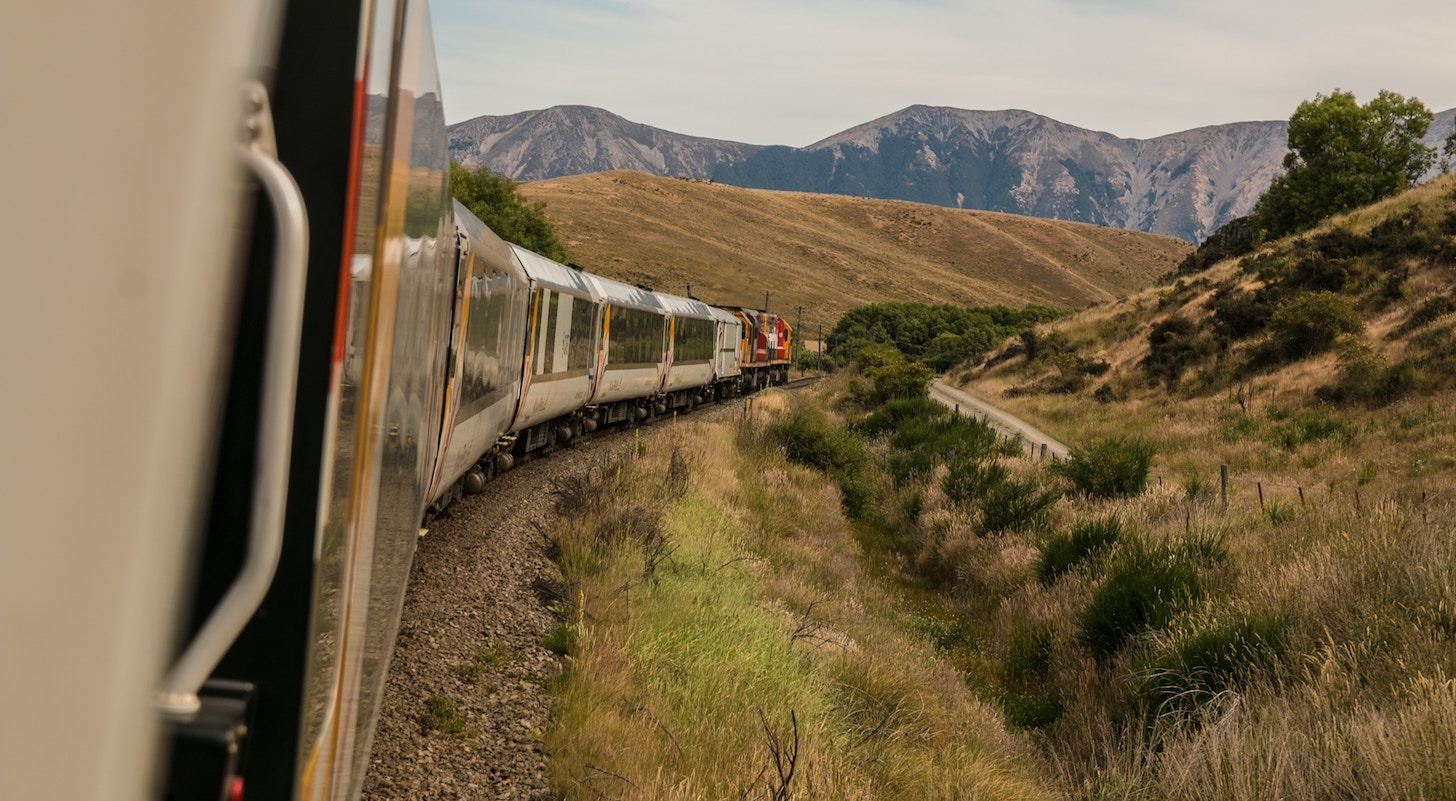 48% of travellers will travel for longer in order to cut down on environmental impact. Photo: credit to Josh Nezon, Unsplash

Rail passengers tend to travel for longer periods, too. Simon Hodge, Managing Director of tour operator Tailor Made Rail, which sells trips in Europe, North America, and South Africa, told Click.: “The average stay [of rail travelers] is around 10 nights away, though with the Australian market, the length of trip is much longer. With the distances involved, they’ll often spend typically 3 to 4 weeks away.”

He says his customers are mainly “empty nesters,” with occasional families too. With such a variety of potential business, there’s not a specific demographic hotels should try to reach in an attempt to bring in rail travelers. But there are a few simple things hotels can do to make their property appeal to those traveling by train.

How can hotels appeal to train passengers?

“Hotels have to provide the same kind of efficiency and ease you get while traveling by train,” says Rajesh. “So things like 24-hour check-in and the ease of check-in are important. When trains are getting in at 3 in the morning, front desks need to be staffed properly, or there needs to be a system where you can put in a code to open the door.”

Similarly, if rail travelers are departing at 7pm, providing a place to leave their things and shower before leaving will add to the guest experience.

“One hotel that does do something special,” says Mark Smith, “is the Schweizerhof in Zurich. It’s one of those hotels that magically gets everything right, they just do. They’re across the road from Zurich Hauptbahnhof, and if you tell them when you’re arriving, one of their red caps will meet you at the station and get your bags across the road.”

One hotel in Denver, Colorado is making a name for itself as the go-to rail travel hotel, and not only because it’s right inside the city’s Union Station. “We have done packages in the past for a couple of the trains,” says Marie DeLibero, Director of Operations for The Crawford Hotel.

“So for example, the Ski Train comes here in the winter and so we did a really cool package where guests who booked it got tickets for the train, a night in the hotel, and a to-go breakfast they could choose the night prior. They could check in the night before, get up early, and then everything was ready to go for them, so they could just walk right out the back door and get on the train.”

The hotel also provides train status updates in the Crawford Hotel app, and ensures guests have somewhere to freshen up if early check-ins or late check-outs aren’t available. Ultimately, she says, the railways are an underused resource in the US, but she expects to see a boost in those traveling by train as a result of the ever-declining experience of flying and climate concerns. 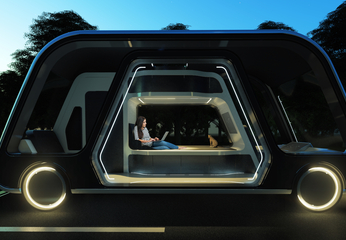 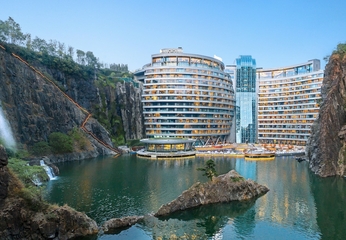 Exploring the surge of repurposed hotels

As the demand for authentic travel rises, so too do the number of unique accommodations. Many developers are keenly aware of this, choosing to renovate and repurpose existing structures over ground-up construction. Click. explores the benefits and potential challenges of the concept 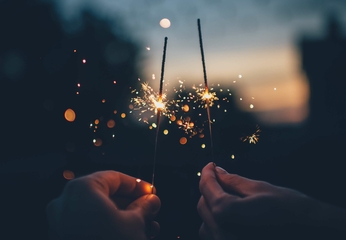