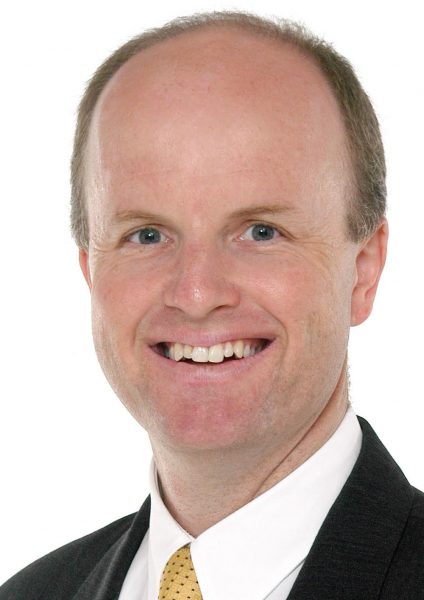 Tony Boulden, 53, founded Gold Coast Holiday Rentals in Surfers Paradise 10 years ago and now manages nearly 70 apartments in seven Queensland resorts, with close to 5,000 annual bookings. “I’m originally from Sydney,” he tells me over the phone from Australia. “My wife came up here for a weekend and we ended up buying a house and staying.”

Click: What’s the appeal of Surfers Paradise for you?

Boulden: It’s got to be the beach. We’re right in the heart of things here and you can walk for miles on the beautiful beach. It’s safe and it’s great for families. There are superb facilities from supermarkets to restaurants and cafes. You don’t have to have a car once you get here, there’s good transport and shopping and you’ve got theme parks and wildlife parks too. Then there’s the hinterland and rainforests to explore just a 45-minute drive away. We’re the holiday capital of Australia!

Click: How did you get ready for the Games?

Boulden: Insights from Booking.com during their workshop at the Novotel in preparation for the Games was a – no pun intended – game changer. Because this was a one-off event we were thinking about doing a five or even a seven-night minimum stay but after the training session we decided on three nights, same as we do for New Year’s Eve, which was the right move. One of our property owners, who owns a unit at the Orchid Residences here in Surfers, told me he’d been to four or five Commonwealth and Olympic Games and they wouldn’t fill all the rooms if they put prices up too high, they just wouldn’t sell. The minute tickets came on sale we raised prices, and we found that within the first six to eight weeks, if they weren’t sold then it was a pricing point issue, so progressively prices dropped. We had one owner, though, who said, 'No, don’t lower the price, double the normal rate, I want to hold out.' In the end, his was one of the last ones to sell but at one of the lowest prices.

Click: What tips and tricks did you use to stand out in a crowded marketplace?

Boulden: Our selling point is you book a specific apartment, so for example if you’re booking Orchid 25102 from our website, you’re staying on the 51st level of the Orchid Residences and you can see from our website photos and floorplans and a video of that particular unit. So for example if that apartment has a red leather sofa, you know that’s the same red leather sofa you saw on the website. You give the customer certainty. On the customer reviews, we were getting we’re 8.7 out of 10 on Booking.Com. A customer can see we’ve got over 200 reviews on a certain unit: it’s not the owner’s review, it’s reviews from other Booking.Com customers.

Boulden: Yes, absolutely they were. Our occupancy in April this year was 97%, up from 86% the same month in 2017. We’ve got some fantastic properties but it’s also about getting your prices right.

Click: Other than price what made the Games a success for you?

Boulden: Partly the location, partly the quality of the accommodation, partly guests being able to choose specifically their apartments. We’re trusted and we’re here for the long haul. We’re not like some renters who just put their place on the market for the Games to make a quick buck and then take the listing off afterwards. We were knocking back one or two listings a week because people were saying, 'I just want you to rent out my place for the Games,' and we said, 'No thanks.' We’re only interested in a long-term relationship, not just with owners, but with guests who can say we’ve stayed with them before and we liked them, we want to go back to them. Also we have a physical presence in town, we have an office that’s open 365 days a year. We have maintenance staff on call on Christmas Day if they are needed. We’ve got SMS support every day. Longevity brings stability and confidence for the guest.

Click: Did anything happen during the Games that you didn’t expect?

Boulden: We were told the roads would be chaos but they were really quiet. Public transport on the other hand, trams and buses getting to the events, they were crowded. Many locals left and went on holiday.

Click: Is there anything you’d do differently next time?

Boulden: No. If you’ve got a 97% occupancy rate you’re doing something right!

Manage your property on the Extranet

More by Will Hide

Help
Analytics and reports on your property

How do I increase occupancy using the sold-out dates report?

What is Occupancy Based Pricing?

Note: To benefit from Occupancy Based Pricing, your channel manager needs to support this function. Check “Set rates based on occupancy” on the “Channel manager
Help
Channel Manager: Rates

Boost your revenue with occupancy-based pricing

Occupancy-based pricing allows you to set different prices for the same room, based on the number of people staying in it. For example, a room that fits 4