Even before 2009, when Israel was dubbed the ‘Startup Nation’ in an influential book by Dan Senor and Saul Singer, this tiny country was becoming one of the biggest global players in hi-tech startups. In fact, it has the largest number of startups per capita in the world. Estimates range from 4,300 to 6,000 – which is pretty impressive in a population of only 8.5 million.

But while the millions made in cyber security and blockchain grab the headlines, travel tech startups have been blazing their own trails. Itai Green launched the Israeli Travel Tech Startups (ITTS) community in 2017 with 50 entrepreneurs, and within a year the numbers have ballooned to at least 350. He has plans to make ITTS a force to be reckoned with – and, judging from ITTS’s Israeli travel tech “ecosystem map” of the startup community, he’s already made serious inroads.

Green, a former executive at Amadeus, says it’s quite obvious why the travel tech industry has taken off in Tel Aviv and Israel in general. “It’s the result of our circumstances,” he says. “Israel is kind of the new kid on the block in a tough neighbourhood. It’s an island – to travel anywhere you need to fly. You can’t go through neighbouring countries. This isn’t Europe.

A lot of the innovation is inherent in the fact that you have to create everything yourself - Ben Froumine, Roomer

“So Israelis travel a lot and experience first hand the challenges of leisure and business travel. By nature as innovators and entrepreneurs they are hungry to try their hand at making travel better. This combination of a rare level of creativity and entrepreneurship with a deep understanding of travel needs provides unique technologies and solutions for both B2B and B2C domains.”Green highlights a few of the Tel Aviv startups that are worth watching, including Bitemojo, which gives self-guided food tours via your smartphone, and travel currency site Fly Money. He also points out ones that have had major global success, such as online marketplace Roomer, which sells hotel rooms you can no longer use and has since opened a New York office.

Roomer’s Co-Founder, Ben Froumine, echoes Tel Aviv’s comparison with Silicon Valley – but with the beach buzz of a Mediterranean city. “It’s a really vibrant, international and beautiful city, with amazing food,” he says. “A lot of the innovation is inherent in the fact that you have to create everything yourself – create something out of nothing.”

Israel’s compulsory national service at the age of 18 is another factor, says Froumine. “They’re very bright and many work in intelligence units using cutting-edge technology. They get a lot of experience – it’s like working in a corporate hi-tech company. Then they get snapped up straight away by the big corporates like Google and Microsoft. They’ll get some experience, and after that go and start their own companies.”

Another travel tech site singled out for praise by Green is Gooster, which gives three-star hotels and other travel-related companies the chance to offer their guests a concierge service via smartphones. Its Co-Founder, Ardon Wesly, has similar theories regarding Tel Aviv’s success in creating global unicorns.

He explains: “Israel is the startup nation – leading in fields of AI, cyber security, VR/AR, robotics, you name it. So why would it be any different for travel? It’s a small country, with a lot of external threats, forcing Israelis to think out of the box, and that’s exactly the reason why so much innovation arises in this country.”

He adds that the support of a strong and co-operative travel tech community has been more helpful than official government funding. “Itai Green understands how competitive this space is, and instead of having us fight over the slices of pie, he’s simply creating more pie,” he says.

The valuation is lower than in Silicon Valley but the innovation is just as good, if not better, in Israel - Itai Green, Israeli Travel Tech Startups (ITTS)

“There are various technological grants and loans you can receive from the government, but it’s not easy. The long process is very time consuming, so not everyone will apply for it. Our company specifically has chosen not to start the process.”

While Tel Aviv has been a magnet for startups, it’s also attracting more multinational interest hoping to catch some of that entrepreneurial spirit. The number of corporations that have set up Research & Development (R&D) centres in the city has doubled in the past five years. Along with Facebook, Amazon, Apple and Microsoft, Booking.com announced last year that it too would be setting up an R&D centre in Tel Aviv.

In the travel tech industry, things show no sign of slowing down. Green has his own predictions for the near future. He says: “Mark my words: in the next 12 months, at least three travel companies will either IPO [initial public offering], be acquired or raise $50m. I am certain of this, because foreign giants consult with me about merger and acquisition opportunities. The valuation is lower than in Silicon Valley but the innovation is just as good, if not better, in Israel.” 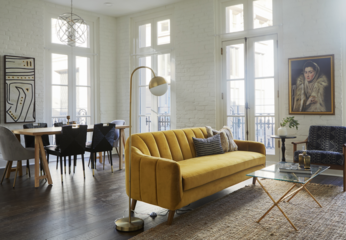 As the lines of hospitality become increasingly blurred, what role does tech play in enabling the next generation of stay experiences? We speak to Shruti Challa, VP of Revenue at Sonder
Save 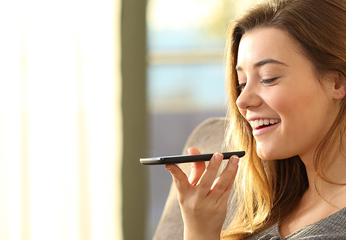 In the second installment of our two-part series on Artificial Intelligence, Click. explores the future of AI and why it’s no longer an abstract concept
Save 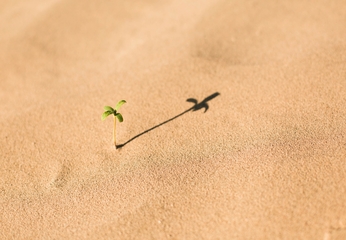 With the travel startup scene seeing record levels of investment and companies being snapped up by the likes of American Express, Click. chats with John Matson, Managing Director of incubator-esque Voyager HQ, about why this area is thriving