Impacting both operational expenditure and environmental footprint, water management should be a top priority for hotels and accommodations. Click. explores some of the initiatives and innovations

Water represents the second highest utility expense for hotels in the US, accounting for 24.7% of total expenditure according to CBRE. And when coupled with the fact that water scarcity is expected to affect 40% of the world’s population by 2030, there are both clear financial and environmental motivations for reducing consumption across the travel industry.

In 2016, the International Tourism Partnership (ITP) introduced the Hotel Water Measurement Initiative (HWMI) in an effort to standardise how hotels reported on water consumption - offering a more universal approach that could be scaled based on the property. Developed in partnership with 18 hotel groups including Hilton Worldwide, InterContinental Hotels Group and Mandarin Marriott International, the initiative has since been adopted by over 15,000 hotels worldwide.

“HWMI is a methodology to calculate the amount of water used in a hotel per occupied room - per guest night, where data is available - and per area of meeting space,” says Nicolas Perin, Programmes and Partnerships Manager, International Tourism Partnership. “It enables any hotel anywhere in the world to measure and report on their water use in a consistent way.

“An increasing number of corporate customers and investors are requesting information on water use in hotels, and this issue is also becoming increasingly prevalent in the public awareness following recent water shortages in major cities such as Cape Town,” continues Perin. “HWMI helps hotels to understand and proactively reduce the intensity of water use and protect against rising water scarcity.”

Going to the source

According to ITP, water use in guest rooms is by far the highest drain, accounting for over a third of consumption. As such, introducing measures that guests can adapt to when behind closed doors are of key importance. 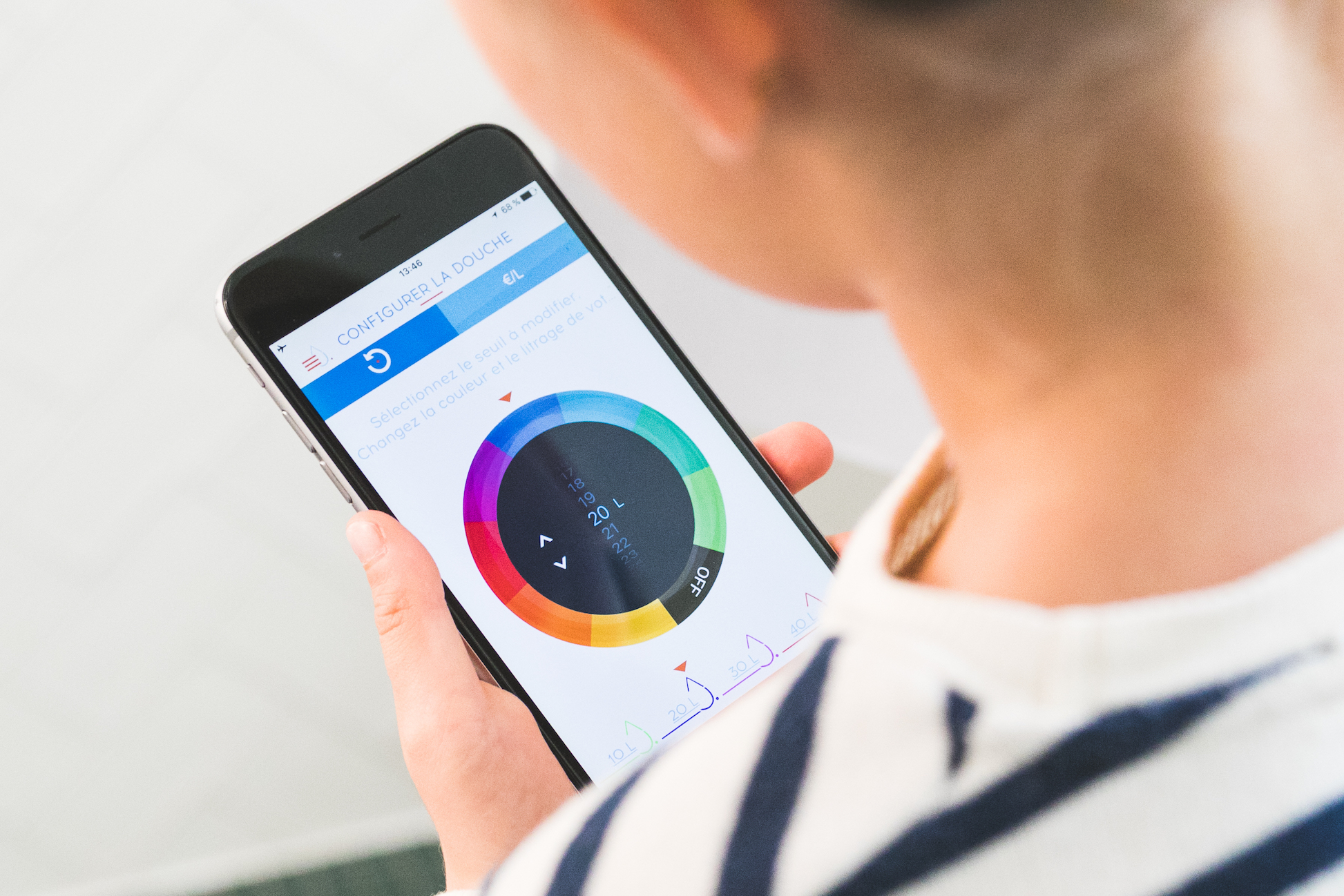 It was with this approach in mind that Hostelling International USA launched its Million Gallon Challenge. With 30% of all water consumed on site coming from guest showers, the group has installed Hydrao smart showerheads (which monitors output via an app and lights up in different colours to indicate usage) in its properties to encourage guests to cut shower time, which cumulatively will reduce water consumption dramatically.

“Our average shower time for our guests was seven minutes, which was about a minute lower than the average that we had seen with other studies,” says Zach Hetrick, Sustainability Coordinator at HIUSA. “We had to be more progressive, which was a good thing, and now we have a baseline established.

“The goal is to use the [Hydrao showerhead] lights to try to get guests to shave an average of 30 seconds off their shower across a million overnights a year. That's where the million gallons of water savings is coming in, because 30 seconds under these showerheads is one gallon of water.

“We love this project because it allowed us to incorporate innovative technology that improves our footprint but also engages our guests in the process. We're making a commitment as an organisation and we're asking our guests to be a part of it.”

On average we use over 2.5 times the amount of water when we are at hotels than at home

French water-tech & data startup Hydrao debuted the smart showerheads in 2016. “The inventor came up with the idea after having seen the water scarcity issues while on a trek in Nepal,” says Eric Burkel, Head of International Strategy & Development at Hydrao. “He wanted to build a device that would make an impact.

“On average we use over 2.5 times the amount of water when we are at hotels than at home. Hydrao helps raise awareness by informing users how much water they are using in real-time, which empowers them to decide to get out of the shower when the light turns red. This is known as the Nudge effect.”

By employing behavioural change techniques, Hydrao is helping hotels and accommodations save both water and energy, while encouraging long term change among guests - something HIUSA has also embraced with its project. During the pilot in its California based hostels, HIUSA collaborated with George Washington University to validate data and develop insights that would inform future efforts. “They [GWU] really took a behaviour change approach to the project versus commercial water savings,” says Hetrick. “We hope to use some of those findings to make that lasting behavioural impact.”

Having recently received a €100k scale-up grant from the Booking Booster Accelerator Programme, Hydrao is now looking at other water management solutions: “We are currently developing the Hydrao ‘Meter’ device that will go on toilets (with leak-detection capability), under sinks, on pipes. We have also started working on the Hydrao ‘Sense’ device that will also have embedded sensors that will capture water-quality data in real-time.”

For properties looking to embark on a proactive strategy around water consumption management, ITP’s Perrin recommends a number of simple changes such as checking for leaks in cisterns, taps, pipes and plugs. “Hotels can also introduce a system so guests can opt not to have their towels and linens changed every day,” he says.

“Another option is changing staff behaviour towards water usage such as not washing items under running water. Hotels should also consider installing sensors, low-flow and other water-saving fittings in kitchens, public washrooms and guests bathrooms, and diverting and capturing rainwater to re-use in the hotel grounds.”

“We also recommend that hotels work with their suppliers to understand their indirect impact on water where the products and services they purchase are manufactured. Finally, it’s important that hotels set targets and monitor their progress … to check that the new processes they are implementing are having the necessary impact to reduce their water consumption.”

To learn more about Booking Booster, our accelerator programme which has supported HIUSA and Hydrao, head to Booking Cares.

We need to start cutting water consumption today – and it’s going to take more than just asking guests to reuse towels. But the environmental and financial upsides are worth the investment.
Save

It’s now easier now than ever to run your property without plastic – and it’s never been more important. This guide will show you how to protect both by reducing your plastic consumption.
Save

The accelerated warming of the planet—and the resulting impact on ecologies and economies—makes energy sources and efficiency the top sustainability priorities. But reducing energy consumption and switching your remaining power needs to renewable sources doesn’t just benefit the planet. It can also lower your operational costs.